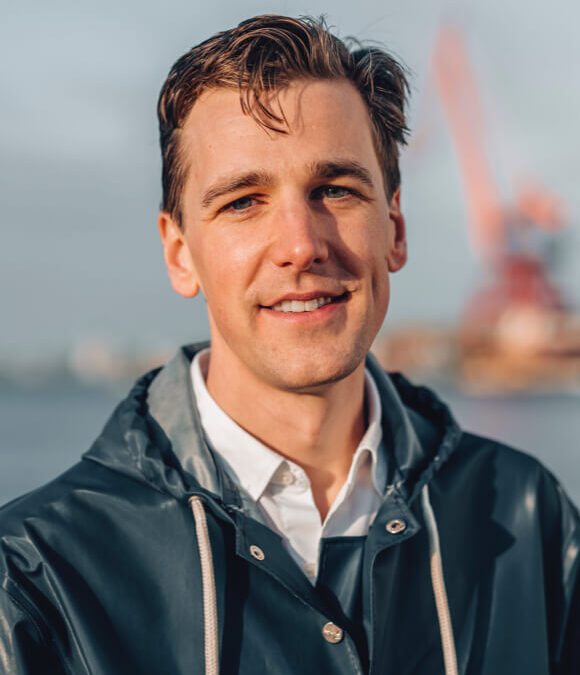 Seably, the global online marketplace for dedicated maritime training is unique in the industry. Launched in 2020, the digital platform was created by The Swedish Shipowners’ Association in response to the strong demand for a better way for seafarers to conduct mandatory and general training.

Seably was three years in development before its launch as a virtual marketplace. A previous website managed by the Association had uncovered gaps in maritime technology, especially in HR, training and personal development. Rich with customer insights, feedback from seafarers and shipping companies, as well as industry expertise, the development tech team started with a clean slate. This allowed them to maximise the new technologies that were emerging in online platforms and virtual training.

David Svensson, Seably Chief Technology Officer formed part of the original team that migrated the concept from a limited website to the rich marketplace it is today. As he said, “Developing the Seably marketplace for the Maritime Industry is an innovation in itself. Our industry is very niched and underserved by technology. Our approach as a digital platform using mobile apps is where our innovation stands out. The cloud-based system does not need to be installed on ship servers which can crash, need expensive satellite connectivity which is not always available to seafarers or out of signal while the vessel is out at sea. This makes Seably extremely agile and highly competitive on price, especially as both setup and running costs are kept very low.”

David continued, “Seably is highly attractive for shipping companies, providing numerous features for data and HR integration, quality content and cutting-edge learning and development for real-life learning, all available almost from the word go. With Seably, a company can subscribe as a customer today and access the content on the vessels the following day. Compare such benefits to setting up a full server on a ship and integrating with systems.”

The technology underwriting the Seably marketplace was developed by a small team initially operating from Gothenburg, Sweden. After the first year, Seably recruited international talent to bring on board the very best app developers. There is now a global and highly skilled team in place that is still growing.  Development is ongoing, with planned updates and new features being introduced in the coming months. Seably is also engaged in ongoing discussions on collaboration and innovation with partners and industry suppliers to enhance the richness of the platform and the quality of the content delivered.

Andrea Lodolo, CEO of Swedish-owned Seably said, “Having David as part of our highly experienced team, driving the innovation and technology behind the Seably platform, helps us to achieve and maintain the extremely high level of quality in eLearning, training and development and realise the global vision behind the Seably marketplace within the maritime industry”

The Seably story is still at an early and exciting stage. Since its launch, it has signed over 55 companies, has more than 21,000 active users, issued well over 60,000 certificates and is regularly adding new course titles into the marketplace. It is changing the landscape providing company own training, as well as affordable and free access to all the content in marketplace covering the latest training and development; seamless integration to company systems and learning that can be carried out at anytime and anyplace. This is an innovative concept in a sector that is global, and largely tied to regulations and shipping schedules that make learning and career progression hard for seafarers who may be at sea for many months at a time.